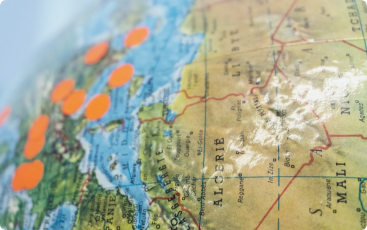 #Highlight
#LatestNews
The Need for Knapsack, and the Need for Hope
Mehdi Y

Limited digital connectivity means that despite all of the steps society has taken in technology, humankind does not have equal, unfettered digital access. While life in some countries around the world (most notably Western Europe, the US, and other countries included in the the term “Western world”) seems more connected than ever with an infinitude of media, apps, news information, and social media, this much access is not very common when compared to a larger global scale*. Regions of conflict or regions with limited technology infrastructure are left behind in digital connectivity because of limited access to the internet.

Life without the Internet

Take a moment to think of how our lives and the lives around us are affected by internet resources. Where do you read the news, or political commentaries? How do you connect with other communities or social groups? How do you watch the latest shows or listen to the newest music, and how does doing so affect your life in today’s society? How do children and students research for school? What about health information? Do you google your symptoms first or do you drive to your doctor first? How do you even find a doctor?

Our lives would change significantly if we didn’t have the internet. But lack of digital access harms certain regions even more. While most schools in the United States have libraries with books that can be read if internet were to be shut down, many other regions don’t have libraries. While LGBT individuals in France have circles of friends and a support system without the internet, openly identifying as LGBT can be dangerous in parts of the world, and access to online support groups and resources can be vital. We could list example after example.

An enormous digital divide exists. Because of it millions are left without the education, resources, information and other benefits -such as a place to voice one’s opinion, to become civically engaged, and to connect with communities- that online connection brings.

Knapsack for Hope’s mission and goal is to address this kind of digital divide. We are driven by a belief that information exchange is critical to improving the human condition. In order for the human condition to improve, more people need access to digital connection with others.

We use filecasting satellite technology to transfer digital content through satellite television streams. This way, anyone with a satellite tv can download our content to watch, listen, or read on their computer or Android device.

Why do we use satellite? Here’s why:

With our satellite filecasting technology, expert staff, contributing partners, and the public’s support, Knapsack for Hope’s goal is to empower the common public with the education, knowledge, and digital connection needed to improve the human condition and world circumstances by performing these objectives: